We are pleased to inform  that 5x World Champion Alan Scotthorne have joinedSensas. Yesterday, the 3rd of July he signed a 3 years contract and is now a Sensas Consultant and sponsored Angler. He will now be using, exclusively, Sensas baits and groundbaits. He already uses them when fishing for England in all international events, and has used Sensas to win all of his World Championship and European Championship titles.

Alan said after the signing of the contract ”It is fantastic that I am now a member of the Sensas Team, I know their baits well, and after all I have won all of my International titles using it.  I am looking forward to helping Sensas all across Europe and hopefully I will be able to help in the development of new baits for the future ”.

Hugues Nello, CEO of Sensas SA : “We are delighted to join with Alan for future bait developments and promotional programs. Alan has been using our baits for several years in international competition s   with the English team, and this new alliance came quite naturally.”

Jean Desqué : “I met Alan for the first time 25 years ago,   I was in the French team,   and Alan was fishing for the England team in his first World Championship in 1992 in   Portugal. From the beginning our relationship was very friendly and I am very happy that he has now joined the Sensas team.”

Alan Scotthorne is the angler with the most gold medals : 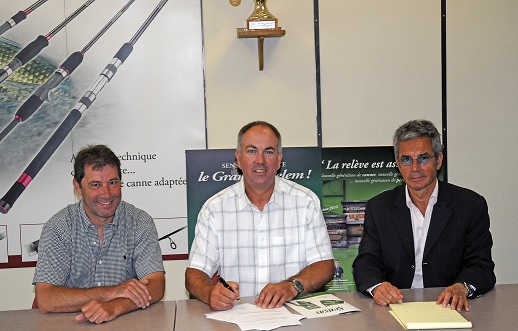